You’ve heard about how writing is good for the soul. It’s therapeutic, you might have read. Or, You can work through stuff by keeping a journal. Or even, You can express your feelings in a way you could never do by saying them out loud.

All true – if you only keep the writer’s needs in mind. But what about the main reason you’re writing in the first place? It’s the reader who is the most important protagonist in any text. That’s a fact that, quite surprisingly, many writers tend to forget.

Writers of content differ quite strikingly from those of a more literary nature. Unlike novelists, poets and other such creative authors, their texts are not created purely for the purpose of entertainment (although this is often a useful by-product!). Rather, content writers are usually asked to reach out to a specific audience and come up with engaging and persuasive texts that will prompt their readers into action. So, while good writing skills are definitely considered an asset, knowledge of marketing will often come in very useful, too. A savvy content writer will bend over backwards to ensure that their text is effective. This is why playing upon their readers’ emotions could make all the difference.

Writing emotive content may prove difficult – think if you’re writing igaming content, for example – but we’ve come up with eight useful ways you can weave emotions into your texts with the purpose of moving your reader and creating irresistible call-to-actions.

Imagine you want to persuade your significant other to do you a favour. You’ll find them in a good mood, cook up their favourite meal, wheedle, bribe and go to any length necessary to get your way. And, because you know them so well, chances are you’ll get it.

Content marketers have to go to much the same lengths – except they have to do some pretty thorough research on their target audience before they can come up with suitably persuasive text. They will look into their readers’ age range, find out about their likes and dislikes, what they are most likely to be into, what they would probably find the most useful, and dozens of other useful tidbits.

A good freelancer copywriter will use this information to identify their readers’ emotional needs and use it to create an effective and moving text that has been specifically tailored for their audience. Content that touches its readers is more likely to be shared, say Berger and Milkman (2010) of the Wharton Business School, in a report entitled “Social Transmission, Emotion, and the Virality of Online Content”. The two identify anger, awe, disgust, happiness, surprise and humour as the six main emotions that trigger the viral sharing of content. And that’s exactly what you want.

We all know that curiosity kills the cat – but that doesn’t do anything to stop our compulsion to fill the gaps.

People are a naturally curious race, and using what is known as “curiosity gaps” is an effective way to entice prospective readers to click, read – and hopefully share – your content. How? By giving them something to wonder about.

A smart freelance copywriter invokes curiosity in a number of ways. They create suspenseful headings, purposely omit information to leave their audience hanging, or tease with subtle hints of what is to come. Here are some examples of good titles that open up a curiosity gap: 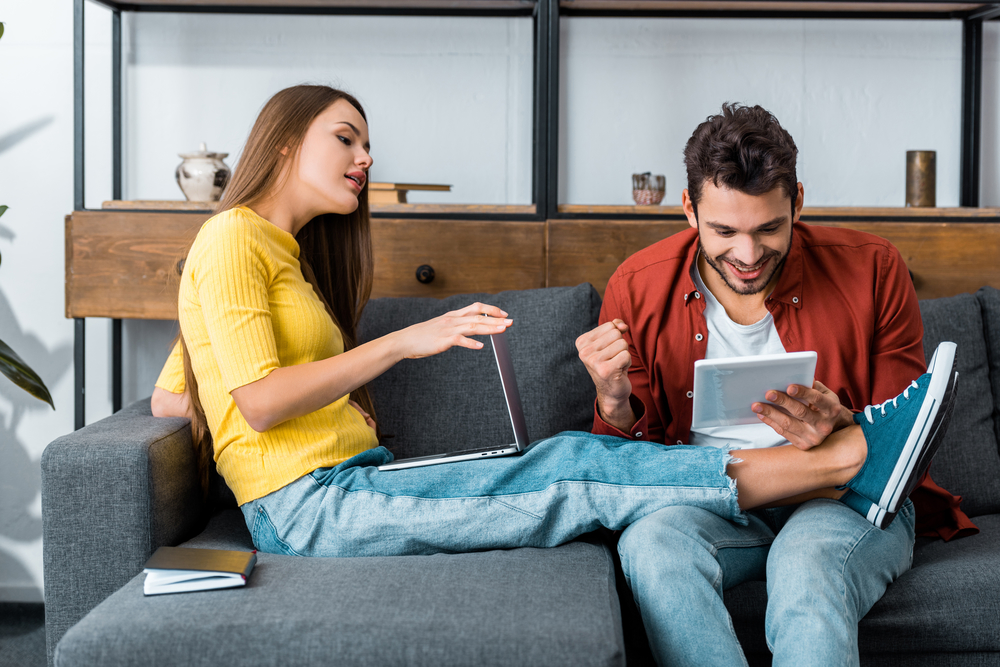 According to the American Psychology Association, anger and sadness are two of our most basic – even primal, if you wish – emotions. Either of them may propel us into action. It means that reading posts that make you angry or sad may end up affecting you more profoundly than others.

You’ve probably cried your eyes out on more than one occasion over a good book, movie, or even a tear-jerking commercial (take blood donation campaigns, for instance). That’s why freelance copywriters – especially those of sales-related text – should keep “if they cry, they buy” as their motto. Cleverly weaving a sob story into your content will do much to create empathy. Your readers will establish a firmer connection, remember what they’ve read for longer, and possibly share what they’ve read with others.

Evoking feelings of anger has much the same effect. This can be making a strong controversial statement, for example, one that will awaken disagreement and possibly ignite debate. A surge of anger instantly poises your body for action. The release of the hormone adrenaline triggers the fight-or-flight response so instantly identifiable in creatures big and small. In our case, we are much more likely to react to articles containing unnecessarily sweeping statements, unfair stereotypes or which share views that we strongly disagree with.

“Humour is by far the most intelligent activity of the human brain,” says Edward de Bono – and if it is, we want in on it. A little well-placed humour in your text will do wonders. It’s scientifically proven that humour positively affects readers’ abilities to retain information and helps make your text more convincing and memorable as well as importing a deliciously energising effect which often prompts audiences to share. During writing, it is often used to alleviate tension, promote engagement or discuss what could be perceived by some as “difficult” topics. A great example of the latter is the sitcom Will & Grace, which employs humour to address being gay in New York City. 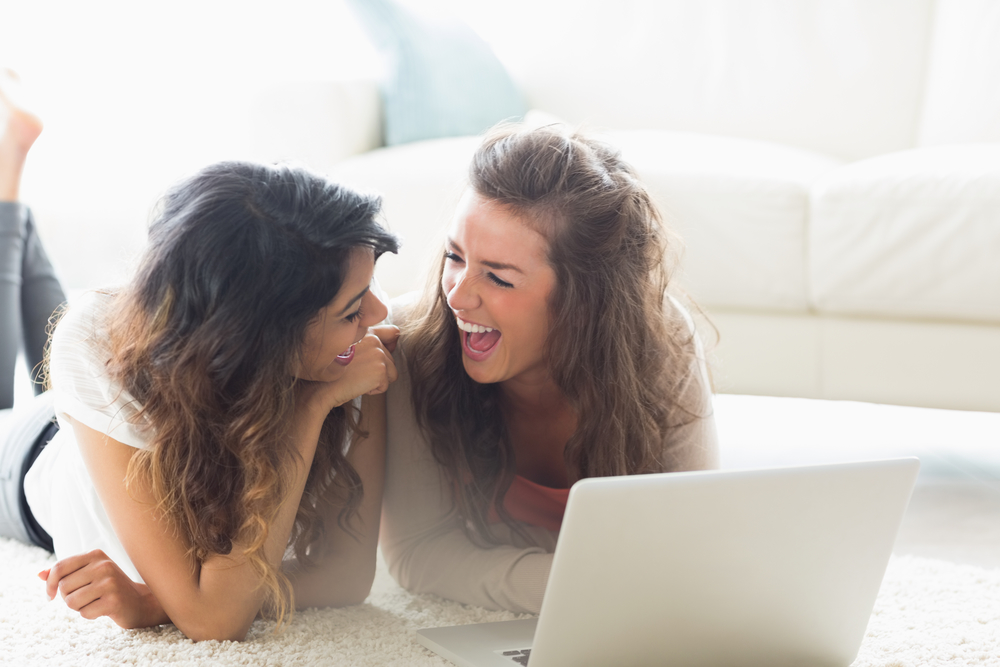 5) SHOCK THEIR SOCKS OFF

Content writers can’t really make any statements without backing them up with solid data. But how many of your facts and figures will consumers really remember? A savvy freelance copywriter will not only know how to conduct the necessary research, but they will also have to be selective when choosing which numbers to present to their audience. Does the fact that a newborn baby can cost their parents 750 hours’ worth of lost sleep in a year, shock you? Me, too!

According to neuroscience, when somebody tells a story, the speaker and the listener are able to establish a connection between them. That’s due to the same parts in each of their brains being affected. Stories are powerful because they make people feel – and emotions are neither logical nor rational.

You may argue that there is no room for stories in content. Wrong. Steve Jobs identifies the storyteller as “the most powerful person in the world”. He also used to employ storytelling tactics himself while launching products for Apple. Telling a story is also the reason other historically inspirational people remain famous. Take Martin Luther King’s “I had a dream …” speech, for example.

If we were to look at Steve Jobs again for inspiration, we’d certainly find a lot of it here. Jobs famously launched his company’s 2007 version of the iPhone by telling his audience he would be introducing not one, but three devices. Having harnessed their attention, he then surprised them by informing them that the new iPhone was, in fact, a 3-in-1 model that would be able to perform the operations of three different products.

Using the element of surprise stimulates the pleasure centre of the brain. It is also called the reward centre, which releases dopamine and is responsible for sex, drug and gambling addictions. Incorporating unexpected facts, surprising headlines and other such titillating fodder will stimulate your readers into wanting to find out more. 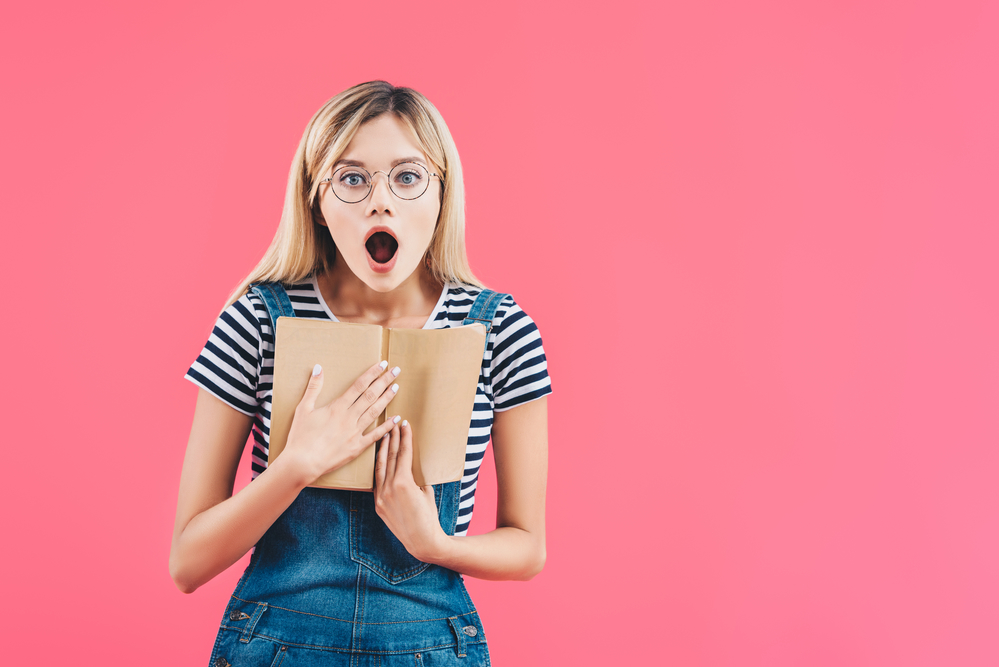 Clutter is everyone’s worst enemy, and busy readers won’t waste much of their precious time searching through a crowded webpage. Do the same with your text, and they’ll be hitting the back button before you know it. The best content is succinct but to the point. It delivers its message loud and clear to anyone who wants to hear it.

And, since content is what we specialise in, why not become part of our team of fantastic writers? Join Topcontent today, become a freelance copywriter and help us keep delivering top content.