I was never a maths person. The very thought of numbers has my forehead breaking out in pimples and my armpits become suspiciously moist. Languages were always my forte. Well, one language: English. Yet, despite English not being my mother tongue, I have always been able to wrap the little bugger around my finger. And around my toe, too.

Living on a European island of less than half a million inhabitants who speak a particular but nevertheless wholly indigenous mash-up of Arabic, Italian and English, my ability to speak and write in fluent English gave me the peace of mind I sought as a developing writer. English is English, so I could go anywhere in the world with the assurance that I would be able to communicate. Until I found myself in Austria, trying to order apple juice for my three “absolutely parched” children from a waiter who, it seemed, spoke more than one language, five exactly. Except English.

They did get their juice, eventually (I’m not sure if it was apple), but the first thing I did when I got home was to drag out and dust down my inner math person and have a look at the statistics. And this is what I found:

Benefits of speaking more than one language for a writer

The phrase “English as a global language” is certainly old news to us, but what implications does English as a lingua franca have for writers of content? Does it mean we can become complacent? Ignore all the other languages out there? Rely on translated content to get our message across? Certainly not. We explore three reasons why we think speaking more than one language absolutely rocks.

#1 Take the next step in travel writing 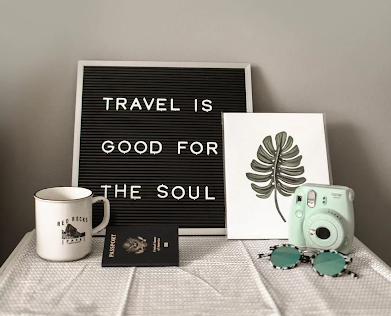 The rise and rise of the internet has made working from home take on a different meaning. For travel writers today, “home” can mean New Zealand, central Europe or even the North Pole (provided there’s wi-fi, course). But travel writing is at times unnecessarily romanticised. Being a digital nomad means never really putting down your roots, often living beyond your means and – surprise, surprise – spending more time on your laptop than living it up with some exotic stranger. For the truly curious travel writer, shedding light on distant cultures may require truly immersing oneself in that culture. This means sampling the local cuisine, partaking in regional customs, and yes, communicating in the vernacular. This, says Benny Lewis, has been key to him partaking in some “incredible experiences” while in countries such as Egypt, Portugal and China. And this despite the fact that English is considered a global language.

Content helps people connect in whatever language, but if you’re aiming to go global, speaking more than one language will be beneficial. Maybe 20% of the world use English prevalently, but that doesn’t mean we can forget the other 80%. Hundreds of webshops find that making their sites multilingual opens up doors to international markets. If you are a bi- or even tri-lingual content writer, you may also consider taking up translation.

Unlike the common misconception, Google Translate will not suffice. For a text to read smoothly in the target language, you need to translate fluently and take into account cultural contexts. Read our guides on translating content here.

#3 Become a better thinker – and writer

There are also cognitive advantages to speaking more than one language. Research shows that being fluent in at least one language besides your mother tongue has positive effects on the white matter of the brain, improving executive functioning, especially if the second language is learnt at an early age. In other words, being able to speak languages other than English may help you become a better thinker – and hence a better writer.

We love English, but other languages are important, too! If you are interested in writing in other languages or taking on translating as part of your freelancing career, sign up here.