Nowadays, being a writer is heavily advertised as the easiest of easy jobs. This couldn’t be further from the truth. Not only is our work scrutinised by dozens of pairs of eagle eyes, we are also faced with a specific set of irksome challenges that most nine-to-fivers are blissfully unaware of.

Perhaps the biggest challenge of these is attempting to present near-perfect work. True – an assignment will never be approved without first being proofread to within an inch of its life, but, if you have a habit of neglecting important grammar rules, you’ll soon find yourself twisting your thumbs more often than tapping at your keyboard. Here are the worst 14 grammar mistakes that will absolutely shatter your reputation as a writer.

Having done a great deal of proofreading over the years, I can name this grammar mistake as the single most common of all time. Its and it’s are commonly confused even by native speakers. This is because, in the vast majority of words, ’s is used to indicate possession, like so:

It’s (with an apostrophe!) is a contraction of It is or It has, like so:

Your, you’re and yours

Remember your primary teacher advising you to avoid contractions when writing? Well, using your and you’re incorrectly is probably one of the reasons. What’s more, if you’re self-editing (and I really don’t recommend it), there’s a high chance that you will probably miss this highly common but extremely irritating mistake.

So what’s the difference?

In short, while you’re is a contraction of you are, your is used to indicate possession.

Your’s DOES NOT EXIST.

WRONG Can you please tell me why your so angry?

RIGHT Can you please tell me why you’re so angry?

WRONG Is this dog your’s?

RIGHT Is this dog yours?

They’re, there, there’s and theirs 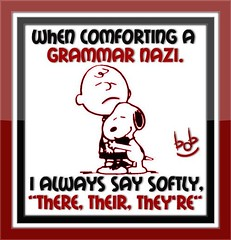 The English language is a tricky fellow, with homophones such as they’re vs there and there’s and theirs ensnaring many the unsuspecting writer. But using these words incorrectly is only forgivable in primary school. Here’s how they should be used:

A good rule of thumb here is to figure out whether the word you want to use can correctly replace they are. If it can, then they’re is what you should be choosing.

There is a preposition, i.e. it indicates where an object or person is. Remembering that there is the opposite of here might help.

WRONG      The line starts over they’re.

Another instance where that tricky ‘s doesn’t indicate possession is there’s. As with it’s, the ‘s in this case once again indicates a contraction of there is or there has, where the apostrophe indicates the dropping of a letter/s.

Contractions are especially used by native speakers for faster flowing English and, although not recommended for more formal writing, crop up fairly regularly in many articles and blogs.

Theirs, on the other hand, is used to indicate possession. The examples below clarify the difference:

Any writer with a love for grammar has their pet peeves, and the incorrect use of who’s and whose is certainly one of mine.

You should be able to recognise a pattern by now. If not, let me explain succinctly:

Who’s is a contraction of who is or who has.

Whose is used to indicate possession.

The ‘s continues to cause all sorts of problems even with possessives, which is its main use. Though most of us have mastered the ability of using ‘s correctly with singular possessive nouns, it seems that plural nouns are another matter entirely.

These sentences illustrate how ‘s is used correctly with singular nouns:

No problem there. The prevailing difficulty, however, seems to arise with plurals that end with s – and most of them do. In this case, only the apostrophe should added at the end of the word. For some reason, a common error is to misplace the apostrophe. This may sometimes even be missed by proofreaders.

WRONG     There was a teacher‘s conference last Tuesday.

WRONG     A test assessing student‘s mathematical abilities was carried out.

RIGHT       There was a teachers’ conference last Tuesday.

RIGHT       A test assessing students’ mathematical abilities was carried out.

There seems to be an obvious lack of clarity about the use of who and whom in most of what I read and correct. Most writers, in fact, tend to steer clear of the ambiguity of whom. But there is really no need to do so.

Replacing who and whom with he or him is a simple way of deciding which one is correct.

(One of them has five children.)

To, two and too 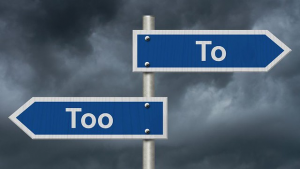 No need to look so surprised. You may think that these three words are among the simplest in the English language, but the amount of mistakes relating to them is staggering, mainly because they are pronounced exactly the same. This may cause some writers to take them too much for granted, resulting in careless errors that put their reputation at risk. Luckily, they are fairly easy to understand.

Two is a number. You will find that most style guides recommend writing in full the numbers 1-9, so, whether you are a writer or proofreader, you will rarely see the number two written as a digit.

Collins Dictionary gives several uses for the word too:

To has two purposes:

Where and were are another pair that is frequently muddled. Fortunately, sorting one from the other is relatively straightforward once you are clear on their exact meaning.

WRONG Were are you going?

RIGHT Where are you going?

WRONG Were where you last night?

RIGHT Where were you last night?

Were, on the other hand, is a verb. It is the past tense of are. Were is usually preceded by a noun or pronoun and followed by another verb.

WRONG The brothers where watching television.

RIGHT The brothers were watching television.

I can’t tell you how many times I’ve seen these two confused, and seeing both used incorrectly gives me actual heartache. The problem of switching between the two seems to lie in the oo, which gives people the impression of a long, drawn-out sound such as in pool. This gives rise to the misconception that the word lose (meaning to misplace something) takes a double o. Here are a few examples of how lose and loose are often spelt wrongly:

WRONG I always loose my sunglasses.

RIGHT I always lose my sunglasses.

WRONG These jeans are too big. The waist is too lose.

RIGHT These jeans are too big. The waist is too loose. 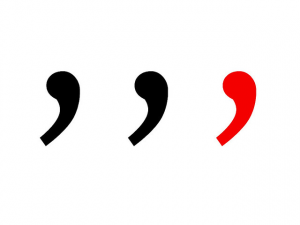 Newsflash, writers: than cannot be interchanged with then.

Then is an adverb frequently used to indicate timelines, for example:

Than, on the other hand, is a conjunction that is usually used for comparisons:

A useful trick that will help you make the correct choice is to remember that than is irreplaceable, while then can easily be substituted for synonyms such as subsequently, after that, etc.

WRONG It’s a shame the food here is so bad. We should of eaten somewhere else.

RIGHT It’s a shame the food here is so bad. We should’ve (should have) eaten somewhere else.

WRONG Why did you spend so much on that T-shirt when you could of bought it cheaper online?

RIGHT Why did you spend so much on that T-shirt when you could’ve (could have) bought it cheaper online?

English is a rich language with many words and tenses. It has 17 different tenses, so no wonder we sometimes encounter difficulties! Two of the tenses that are often mistaken are the present perfect and the past perfect, which take either the present or past helping (or auxiliary verb) followed by the past participle, like so:

It seems that, sometimes, irregular verbs are mistakenly conjugated as regular ones, most especially got, which SHOULDN’T take an –en. The past participle of got remains got.

WRONG Where’s the measuring tape? I thought John had gotten it.

RIGHT Where’s the measuring tape? I thought John had got it.

One of the most ridiculous spelling errors ever to be made on this earth is a lot. Yes, that’s how it’s spelt. It is not one word. Allot means something else, and alot does not exist. Do we write afew or alittle? Exactly.

These sentences demonstrate how a lot (TWO WORDS) should be used:

A comma splice is an extremely common mistake that is often overlooked because no one recognises that it is actually a mistake. It is a comma that is used between two independent clauses when a different punctuation mark, such as a colon, semicolon or fullstop should be used instead.

WRONG James is a great cook, his speciality is curry.

RIGHT James is a great cook; his speciality is curry.

WRONG I’d love to move to Sweden, the standard of living is really high.

RIGHT I’d love to move to Sweden. The standard of living is really high.

For these and more grammar tips, check out our comprehensive writing guides. Once you’ve mastered them, why not sign up as a writer and try them out?